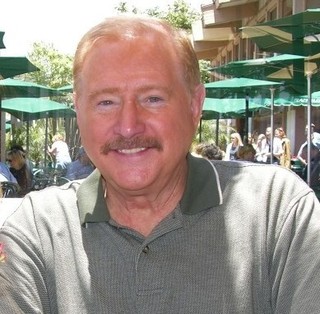 I am an author of historical fiction and action/adventure novels, including the popular and award-winning Finding Billy Battles trilogy. Before turning to fiction, I was a foreign correspondent for the Chicago Tribune and Professor Emeritus of Journalism at the University of Illinois where I was also the Dean of the College of Media.

Book 3 of the trilogy (The Lost Years of Billy Battles) was published in June 2018. The Improbable Journeys of Billy Battles is the second in the Finding Billy Battles trilogy of novels and was published in June 2016. It has won multiple awards, including the 2017 KCT International Literary Award, the 2017 John E. Weaver Excellent Reads Award for Historical Fiction, the 2016 New Apple Literary Award in the Action/Adventure category and First Place in the 2016 Chanticleer International Book Awards in the Literary Category. It was also a finalist for the United Kingdom’s Diamond Book Award.

The first book in the trilogy, Finding Billy Battles, was published in 2014 and was a Kansas Book Festival Selection and a finalist for a Chanticleer Laramie Award.

I have been a presenting author at the Kansas Book Festival the Los Angeles Times Festival of Books, and the San Diego Festival of Books, among other venues. I am also the author of The Kikkoman Chronicles: A Global Company with A Japanese Soul, published by McGraw-Hill.

Before leaving the world of professional journalism where I toiled 25 years, I lived and worked in Japan, Southeast Asia, and both Central and South America where I covered several history-making events including the fall of South Vietnam and Cambodia; the Tiananmen Square massacre in Beijing; and wars and revolutions in Afghanistan, the Philippines, Nicaragua, El Salvador and Guatemala, among other places.

My work as a war correspondent resulted in several awards, including the Inter-American Press Association's Tom Wallace Award for coverage of Central and South America; the Peter Lisagor Award from the Society of Professional Journalists; three Edward Scott Beck Awards for International Reporting, and three Pulitzer nominations.

I served 3-1/2 years of active duty with the U.S. Army Security Agency in Germany, where I worked in communication intelligence (SIGINTEL). I live in Murrieta, California and am a proud graduate of the William Allen White School of Journalism at the University of Kansas.

During my career as a foreign correspondent I lived and worked in Japan, Southeast Asia and Latin America where I covered several major stories including the fall of South Vietnam and Cambodia in 1975; the 1989 Tiananmen Square tragedy in Beijing; Afghanistan during the last year of the Russian occupation; and revolutions in Nicaragua, El Salvador an Guatemala.

My work as a correspondent was rewarded with several awards, including three Pulitzer nominations; the Inter-American Press Association's Tom Wallace Award for coverage of Central and South America; the Peter Lisagor Award from the Society of Professional Journalists; and three Edward Scott Beck Awards.

Book three in the Finding Billy Battles Trilogy was published in June 2018. I am currently working on a biography of Tokyo Rose as well as a book based on my experiences as a foreign correspondent in Asia from the early 1970s to the early 1990s. Its working title is The Last Rickshaw Home: A Foreign Correspondent’s Journey Through Asia.

I am a frequent speaker at seminars and symposiums dealing with such diverse topics as war correspondence, international affairs, relations between Asia and the United States and the critical topic of how American companies are competing globally. I have spoken at seminars sponsored by Northwestern University, the University of Chicago, the U.S. Automotive Export Council, the International Trade Association, the World Trade Center, the Council on Competitiveness, the Competitiveness Policy Council and the Chicago Council on Foreign Relations, to name a few.

While in Japan I wrote the popular TOKYO EXPRESS column for Japan's Mainichi Daily News and was a columnist for the Japanese edition of Playboy Magazine. I served as senior editorial adviser to the China Financial Weekly, published by the Financial Relations Board and I write frequently for several Asia-based publications.

I am a native of Kansas City, Mo. and a proud graduate of the William Allen White School of Journalism at the University of Kansas in Lawrence, Kansas. I am also a veteran of the U.S. Army Security Agency.