The Lost Years of Billy Battles

Where in the world is Billy Battles?
As Book Three of the Finding Billy Battles trilogy begins we know where Billy is. He is in Chicago with his wife, the former Baroness Katharina von Schreiber living a sedate and comfortable life after years of adventure and tragedy. That changes with a single telephone call that yanks Billy and Katharina back into a life of turmoil and peril.
Persuaded by a powerful old friend to go undercover for the U.S. government the two find themselves in Mexico during the height of the violent 1910-1920 revolution. There they encounter assorted German spies, Mexican revolutionaries, devious political operatives, and other malefactors. Caught in the middle of the 1914 American invasion of Veracruz, they must find a way out while keeping their real identities secret.
After managing to extract themselves from danger, disaster strikes. It is a tragedy Billy is all too familiar with and one that will send him plummeting into a painful abyss of despair and agony. Consequently, Billy vanishes leaving family and friends to wonder what happened to him. Where is he? Is he dead or alive? What provoked his disappearance? In Book 3 of the Finding Billy Battles Trilogy, those questions are answered, and the mystery behind Billy’s disappearance is finally revealed. 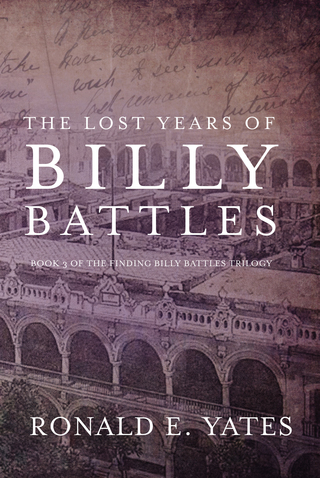 The Improbable Journeys of Billy Battles

Billy Battles is definitely not in Kansas anymore.

As Book 2 of the Finding Billy Battles trilogy opens, Billy is far from his Kansas roots—and his improbable journeys are just beginning. He is aboard an ocean liner sailing to the Mysterious East (Hong Kong, French Indochina, and the Philippines), among other places.

The year is 1894 and aboard the S S China Billy meets a mysterious, dazzling, and possibly dangerous German Baroness, locked horns with malevolent agents of the German government, and battled ferocious Chinese and Malay pirates in the South China Sea. Later, he is inadvertently embroiled in the bloody anti-French insurgency in Indochina–which quite possibly makes him the first American combatant in a country that eventually will become Vietnam.

Later, in the Philippines, he is thrust into the Spanish-American War and the anti-American insurgency that follows. But Billy’s troubles are just beginning. As the 19th century ends and the 20th century begins, he finds himself entangled with political opportunists, spies, revolutionaries and an assortment of malevolent and dubious characters of both sexes. How will Billy handle those people and the challenges they present?

The Improbable Journeys of Billy Battles

For much of his 100-year-long life, Billy is a man missing and mostly unknown to his descendants. His great-grandson is about to change that. As he works his way through the aging journals and the other possessions he finds in the battered trunks he uncovers the truth about his mysterious great-grandfather--a man whose deeds and misdeeds propelled him on an extraordinary and perilous journey from the untamed American West to the inscrutable Far East, Latin America, and Europe. 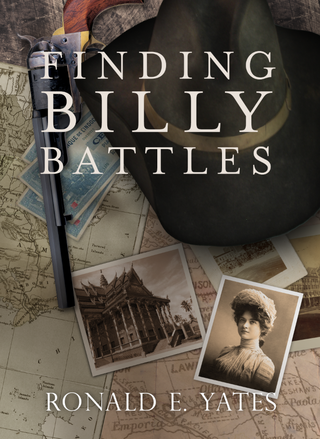 Combining ancient craftsmanship with modern technology and marketing innovations, Japan's Kikkoman Corporation has quietly become a $2 billion market leader. The Kikkoman Chronicles tells the fascinating story of how Kikkoman changed the course of international marketing, shrewdly adapting to 20th-century realities while never turning its back on centuries of tradition.

The Reporter's Handbook is a collection of ideas, techniques, examples of storytelling and a few secrets about the art and craft of doing excellent journalism.

The book explains how foreign correspondents work, how this fascinating job came into being, who some of the most successful and ground-breaking correspondents were and how the profession has changed in the past 200 years.